Masterplan:
Analysis of the context of the Ghost Town. The “Ghost Context” is made of residential high and low density building, which create a separation between the old city, the landscape and the site. We want to “transplant” a new heart in the ghost town, in order to revitalize the neighborood of Karosta and make of it the new cultural centre.

The new heart needs arteries to be connected with the three elements that recognized in the landscape and urban context: the church refers to the old city; the baltic sea symbolises, with his ruins and forgotten buildings, the aim to make of Karosta a new art and cultural centre; the northern woods is the reference for introducing a new landscape in the site.

Distribution:
The “Dune” is the new landscape and is generated with a morphological movement which aims to bring “life” in the site. The dune is cutted through path, which try to connect the new centre with the surroundigs buildings: they need new “lymph” and metaphors aside new functions in order to be revitalized. The new functions are volumes which also establish a phisical and symbolic connection with town, sea and landscape.

The dune becomes a covered gallery where all the functions are organized and connected. We conceive the project as a new little city centre: the gallery is supposed to be used especially during the cold season, with path on 2 levels which connect the entrance with the information services to the parking, through the other public and cultural functions. We also propose to introduce some commercial functions in the gallery, in order to help the neighborood to create a new urban context and to repair the existing lack of services.
The existing residential buildings are monolithes which don’t search for a relation between themselves. Our concept is to destroy this inflexibility and to introduce complexity. The functions are volumes which emerges from the dune and found a relation between inside and outside: as erratic rocks they recall the image of the old ruins on karosta beach. 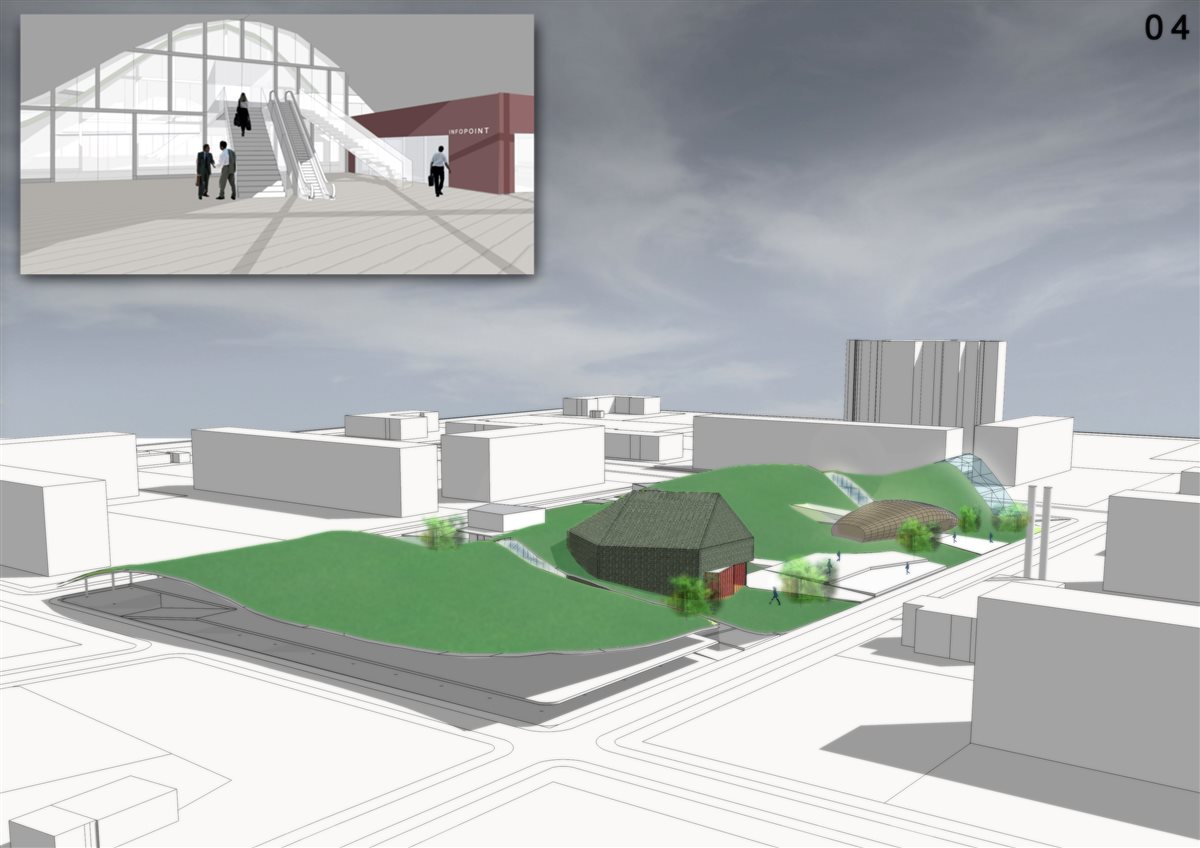